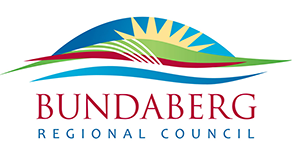 Solving a 1938 problem with modern technology

In January 2013 Queensland was hit by devastating floods, with areas of Bundaberg seriously – and unexpectedly – affected by floodwaters for the first time. Flood Mitigation Engineers from Bundaberg Regional Council wanted to understand what had caused the flood waters to run a different course and subsequently went to work to understand how the topography had changed and what could be done to prevent such flooding from happening again.

Research of council records unveiled a series of hard copy documents of house and building locations, known as Spot Checks, and topographic maps, as well as aperture cards (microfilms) from the 1930s and 1940s. However, Bundaberg Regional Council didn’t have the equipment needed to read or view these files.

Avantix was engaged to help Bundaberg Regional Council view and print copies of the plans stored on the aperture cards. When Avantix were presented with the aperture cards, however, it discovered they could offer much more than first expected.

Rather than simply printing off the documents, Avantix created a CAD (Computer Aided Design) conversion of the files into vector format. This CAD conversion would allow the maps to be used in a wider variety of ways than a simple 2D document.

The last maps where charted in the late 1930s, so all of the building and development that occurred since then had changed the direction of floodwaters. This can’t be viewed in 2D, however the vector format gave a CAD 3D view of the landscape. The CAD conversion of the microfilm files into vector files has enabled Bundaberg Regional Council to be better prepared for any potential flooding and restrict the possibility of damage to property, and ultimately minimise any potential danger to local residents.

In January 2013 Queensland was hit by devastating floods, with areas of Bundaberg seriously – and unexpectedly – affected by […]

When Queensland electricity distributor Energex contemplated a move to its new Building in Newstead, the company saw the opportunity to […]

Looking for help with your situation?
Leave your details and we’ll be in touch.